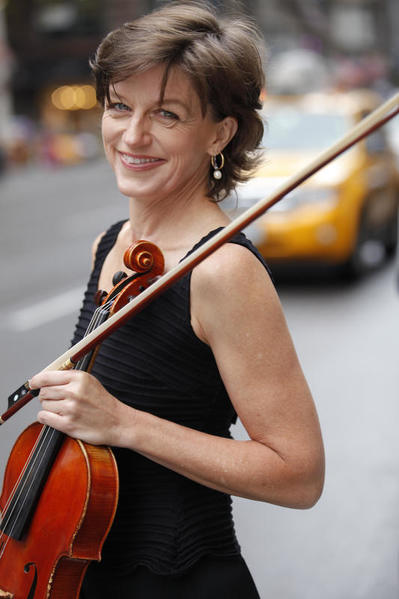 A New York native, Désirée Elsevier began her studies at the age of 5 on the violin studying with Harry Alshin and later with Frances Magnes.  At the age of 12 she picked up the viola and made the viola her exclusive instrument when she was 18, studying  with Sonya Monosoff.  She has been a regular member of the Metropolitan Opera Orchestra since 1987.

She holds a Bachelor of Science in Economics from Cornell University where she studied composition with Karl Husa and Stephen Stucky; as well, she holds both a Bachelor's and Master's degree in music from the Manhattan School of Music, studying with Lillian Fuchs and Karen Tuttle.

An avid chamber musician, she appears frequently in the New York area. She has been a coach at the Chamber Music Conference and Composers' Forum of the East in Bennington, VT since 2004, and at the Verbier Festival in Switzerland since 2015. In addition, she also is a member of Classical Tahoe, a summer chamber orchestra festival in Lake Tahoe, NV; and of the World Orchestra for Peace (founded by Sir Georg Solti), which performs concerts in the name of world peace and harmony across the world, from Chicago to Beijing.

In February 2013, she premiered Glen Cortese's Viola Concerto for viola and chamber orchestra in Buffalo, NY. In October of that same year, she performed the Bartok Concerto for Viola and Orchestra with the Greeley Philharmonic in Colorado. Her first job was as Assistant Principal Viola in the Orchestra di San Carlo in Naples, Italy.

When she’s not playing the viola, she knits, she gardens, she’s an avid reader, an amateur writer, and is an accidental triathlete.  She lives in the Hudson Valley just north of New York City. 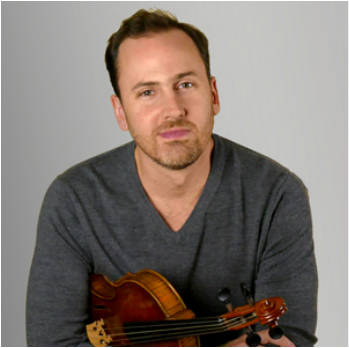 ​As part of the baroque ensemble El Mundo Adam was nominated for a 2012 Grammy Award. ​Mr. LaMotte has been hailed by critics as an "especially compelling" and "superb violinist" with "exceptional talent, performances are "energetic and exquisite." As Artistic Director of the Montana Baroque Festival, he brings world-class period instrument performances to the rural Montana community. He has co­founded two critically­ acclaimed ensembles, in Portland and in Houston, and continues to produce many chamber music and chamber orchestra performances.

Aside from performing, Korman has a successful teaching career, having held positions at the Hartt College of Music, Loyola University, University of New Orleans, Lewis and Clark College,  Portland State University and now Oregon State University. He has twice been a guest artist in the Northwest Oboe Seminar. In July 2012, he participated as oboist and Psychology of Performance instructor at the Orfeo Music Festival in the Italian Alps.  In August, 2014 he presented his Psychology of Performance Workshop and Seminar at the International Double Reed Society (IDRS) convention at New York University. 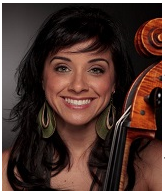 Brazilian cellist Marilyn de Oliveira has been the Assistant Principal Cellist of the Oregon Symphony since September 2009. Marilyn is an active member of Portland's classical music outreach and education scene with efforts such as founding the Oregon Symphony Player's Caroling Project, coaching Portland Youth Philharmonic and PYCO students, being the cellist and founding member of Portland’s newest string quartet Mousai Remix, being a part of the Portland Summer Ensembles faculty, and the cellist for Third Angle New Music.

Prior to joining the Oregon Symphony, Marilyn was a member of the San Antonio Symphony for three seasons as both a section player and acting assistant principal. She has also been a fellow of the New World Symphony, Tanglewood Music Center (where she received the Karl Zeise Memorial Cello Prize), Spoleto Festival USA, Kent/Blossom Music Center, and Youth Orchestra of the Americas. In 2006, Marilyn was the Bronze Award Winner in the senior division of the 9th Annual Sphinx Competition. She holds a Bachelor of Music degree from Indiana University under cellist Emilio Colon and a Master of Music degree from Rice University with Norman Fischer. Some of her live solo performances can be heard regularly on National Public Radio’s Performance Today.
© 2022 Sunnyside Symphony Orchestra. All Rights Reserved. Portland, Oregon