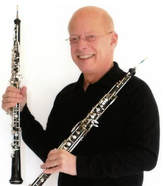 Aside from performing, Korman has a successful teaching career, having held positions at the Hartt College of Music, Loyola University, University of New Orleans, Lewis and Clark College,  Portland State University and Oregon State University. He has twice been a guest artist in the Northwest Oboe Seminar. In July 2012, he participated as oboist and Psychology of Performance instructor at the Orfeo Music Festival in the Italian Alps.  In August, 2014 he presented his Psychology of Performance Workshop and Seminar at the International Double Reed Society (IDRS) convention at New York University.
​Jonathan DeBruyn - Guest Conductor
​Concert II (Christmas)

​Jonathan DeBruyn is a violinist and conductor from Portland, Oregon. He studied the violin with Carol Sindell at Portland State University, where he completed a BM in violin performance. He is currently Assistant Conductor with the University of Oregon Symphony Orchestra and the Oregon Wind Ensemble, and was recently named a Conducting Fellow with the Eugene Symphony. He began studying the violin at the age of 9, and has appeared as soloist with the Oregon Sinfonietta and the PSU Chamber Choir. As a conductor Jonathan has appeared with various local orchestras, and has also conducted in Canada, Poland, Austria, and the Czech Republic. He is the son of composer Randall DeBruyn.
Chi Yong Yun - Piano
​Concert IV 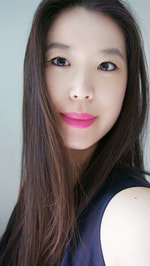 Pianist Chi Yong Yun has been hailed by audiences and critics alike as an artist of rare poetic insight and pianistic brilliance. Ms. Yun’s performances as a soloist, recitalist, and chamber musician has received critical acclaim throughout the United States,
Europe and Asia. Born in Seoul, Korea, Ms. Yun moved to the United States at the age of six where she continued her musical studies.
The top prizewinner of numerous international and national competitions, Ms. Yun received her Bachelor and Master of Music degrees, and Performer’s Diploma on full scholarship from Indiana University Jacobs School of Music as a Thomson Star Fellow, studying under Karen Shaw, Edmund Battersby, and Menahem Pressler. She received her Doctor of Musical Arts Degree with internationally acclaimed pianist Ian Hobson at University of Illinois Urbana Champaign.
​Ms. Yun has performed in international music festivals such as Aspen, Atlantic, Folgarida, International Keyboard Institute and Festival, DPS, Shandelee, Prague, and Oregon Music Festival. She has appeared as a soloist with numerous orchestras
including Indianapolis Symphony Orchestra, Indianapolis Philharmonic, Camerata, and the Folgarida Festival Orchestra. As a recitalist and active collaborative musician, she has performed throughout the US, Prague, Italy, Austria, Germany, Hong Kong,
Philippines, and South Korea.
An avid pedagogue, teaching has been an important and substantial part of Ms. Yun’s career. She has given master classes throughout the US and worldwide and is currently Associate Professor of Music and Director of Piano Studies at Andrews University. Prior
to Andrews University, she has also held teaching positions at Indiana University, University of Illinois Urbana Champaign, and Illinois Wesleyan University. Ms. Yun serves as a Faculty-Artist at numerous festivals and workshops, and as an adjudicator
for piano competitions in the United States.
© 2022 Sunnyside Symphony Orchestra. All Rights Reserved. Portland, Oregon